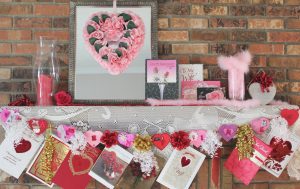 Wheels is a rock star when it comes to choosing cards!     We became officially engaged on June 10 - my parent's wedding anniversary.  We were apart for much of our engagement, but on the tenth of the month without fail I would receive a "monthiversary" card from him.  And after we were married, the sweet, heartfelt cards continued four times a year.  My birthday, our anniversary, Christmas and Valentine's Day.   I treasure every one -- but I never go back to reread them and they are usually in a box in the closet.  And this year, I decided the Valentine cards deserved to be showcased! I went through the box and chose nine cards about the same size and with a white, gold or red color theme.  Then I punched a hole in the corner and tied each card onto a Christmas string of red beads.  I ... END_OF_DOCUMENT_TOKEN_TO_BE_REPLACED 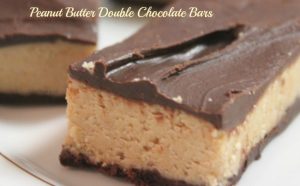 Christmas at Wheel's family farm included candy.   I zeroed in on the Peanut Butter Chocolate Bars Grandma made.   The peanut butter cup knockoff.  Tastes just like the cups in the bright orange wrapper -- aka Reese's Peanut Butter Cups! Sweet peanut butter wrapped in chocolate -- bliss! This is a very simple recipe – four ingredients counting the secret and unexpected one.  It’s faster to make with a food processor and the microwave, but easily done by hand.  I cut the recipe in half to make 32 pieces in an 8x8 pan instead of the 48 pieces Grandma made in a 9x 13.     Line the 8x8 pan with non-stick aluminum foil, parchment or wax paper leaving a 3 inch overhang on each end to make “handles” so you can lift the candy out of the pan for slicing without losing a single piece.  The ... END_OF_DOCUMENT_TOKEN_TO_BE_REPLACED