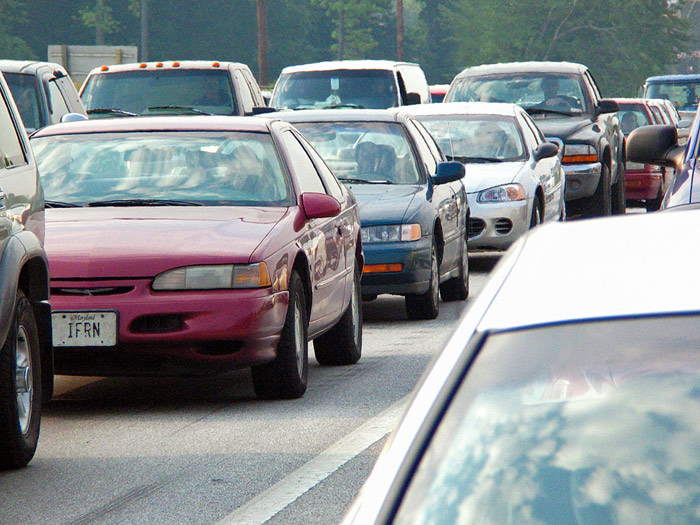 I want this place to be a positive in my life and in your life – uplifting, educational, on the lighthearted side. Each year I cross an personal anniversary date. This year two news events connect with that date in my life– the death of the daughter of a local sportscaster in an accident caused by distracted driving and the recent suicide of Robin Williams. I’ve debated this departure from the usual, but feel if my thoughts and experience will raise awareness and help someone, it will be worth doing. So you’ve been warned – two serious topics ahead! If you are not up for serious –it’s okay, come back next week 🙂

It was August 28 when my life changed.

I had just begun my forty five minute commute home on Friday afternoon. The line of cars I was following slowed and stopped as the ramp curved toward the fast moving, crowded freeway. I glanced in the rear view mirror and froze. I saw him barreling toward me, looking sideways at the freeway, one hand on top of the steering wheel. He did not slow down or look in front of him.

I remember thinking “oh, seatbelts do lock up on impact” as I was thrown forward. My shoulder and waist were held securely, but my head snapped forward, sideways and back. Cars moved and I was able to pull off to the side. He followed and assured me since it was a no-fault state and Friday afternoon, police would not respond. I was shaking so badly I could hardly stand but I did insist we exchange information.

By the time I made it across Denver, I was in trouble.  I went to a new walk in clinic in the neighborhood. I reported, without knowing what they were, symptoms of head injury and jaw injury which were recorded, but would not be noted until almost three years later. Just whiplash, he said.

By Monday, I could not move and missed work. Within two months, I had to quit and take a part time job closer to home. The pain was excruciating and non stop. I had to leave the part time job in less than a year. I spent my days on a chaise lounge because I could only hold my head up for thirty minutes at a time before the pain became so intense that I could no longer move. We don’t know why, doctors said. Plan to spend the rest of your life in bed, I was told.

Darkness descended on the world and the only thing that kept me going were our young sons. Frequently, though, I felt I was a hindrance and they would be better off without me. There was no hope. I cried silently many nights, lying on the kitchen floor where I wouldn’t disturb the sleeping household. One night Wheels found me, told me he was giving me a bit of hope from his heart and that would be enough. I thought of that many times through the next horrendous years.

Wheels had sent out resumes just before the accident and was offered a position in Ohio. I told him if I were going to look at four walls it did not matter which state. He found the house and handled details for the move while beginning his new position. The boys and I followed later. Once we were settled in with new doctors, the torn meniscus in my jaw was discovered and treated and the head injury identified – almost three years after the accident. It took three orthodontists, surgery, eight dental appliances and months of physical therapy before the daily pain began to lessen. The third orthodontist had been in a bad accident himself. He was the first to go back and read all of my records and put together the full story. He told me he would treat me only if I also went to his chiropractor. It takes a good team, he said.

And it did. It took months to find the team. General practitioner, physiatrist (specialist in rehabilitation), psychologist who helped me deal with the head injury and the terrible depression, orthodontists, chiropractor, physical therapists, numerous aides of all sorts and more. For the next three years I spent twenty hours a week in physical therapy, doctor appointments and treatment.

Colorado was a no-fault state, my car insurance company was to pay my medical bills. They stopped when they found out I needed surgery.  We found ourselves in a federal courtroom, another enormous drain on time, emotions and energy. The jury was selected and opening statements given. The insurance company conceded it was a serious accident when Wheels (whose career is keeping vehicles moving) walked into the courtroom with a complete exhaust system over his shoulder. The exhaust system had been ripped loose on impact.   The picture of the great amount of damage sustained by the Volvo that hit me also helped.

That was almost two decades ago. I still receive regular chiropractic care. My children’s childhood was consumed. I have little memory of huge chunks of time because of the head injury and depression.   I gave up my hobbies, including reading for pleasure. My career options were limited. I still have daily pain. A few friends have heard me say I lost my hurry button in the accident – I just cannot hurry. But they don’t know how much else in my life is still determined by that accident because I never talk about it. Pain – and the avoidance of — affects the chair I buy, the car I drive, the way I live my life. I have to plan out my activities in advance so I don’t overdo. I still wear a dental appliance at night. I have no physical reserves. I have little upper body strength and not much stamina.   My body does not deal well with change and protests with muscle spasms and pain. Buying new shoes or a new pillow is an ordeal. When I find something that does not cause pain to use, I stock up. Which explains the pile of new pillows in the linen closet and the unopened boxes of walking shoes in the clothes closet. But there is much to be grateful for. There are actually times now when I am pain free for several hours at a time. The head injury healed. Obviously I am not spending my time in bed as predicted!!

The fellow that hit me probably never had another thought about it once his Volvo was repaired.  However. . .  his hurry, a phone, perhaps a drink for the road. . . . his inattention to traffic around him changed my life permanently.

So what does that have to do with the rest of the world? Be an aware driver! Each day in the United States, more than 9 people are killed and more than 1,060 people are injured in crashes that are reported to involve a distracted driver.* Nothing is as important as arriving safely at your destination without causing harm. Make sure the kids are buckled in with snacks or games in hand, your cellphone is off, music is set and any other potential distraction has been dealt with before you start to move. When moving and you are tempted to take your attention from traffic around you for any reason — DON’T DO IT!

Tomorrow: lessons learned from my own experience in dealing with depression, finding peace and hope again.

Back to school - celebrating milestones
Great Blue Heron visits
Meet Kitten, Top Cat
When my blog grows up. . .
Rocky the Cat
Recipe for happiness - thoughts on a root beer float
Five things my mother taught me that everyone needs to learn
Liebster Award and getting personal . . . .