The first record of his family is land his father owned in Pennsylvania,  on the edge of the frontier. His father was a baker, born in Germany.  His mother died when he was about eight, perhaps in childbirth.   There wasn’t spare time or funds for education and perhaps not even a school.  His labor was needed in his father’s bakery or in the household.  Still, Christopher Hite answered the call to the cause of freedom when his country formed its first army under General George Washington.  Surely he heard talk and perhaps fiery speeches that guided his actions.  Perhaps he was motivated by other young men joining the cause, especially after a  newcomer began recruiting in the area.  Or perhaps he was attracted by the income, General Washington insisted was necessary for the enlistment ... END_OF_DOCUMENT_TOKEN_TO_BE_REPLACED 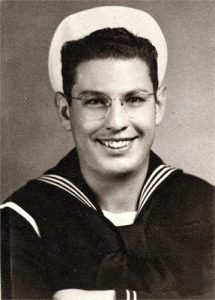 He was twenty years old when he moved to California.  With fresh training in the exciting new field of aviation, he was thrilled with his new job at an airplane manufacturer.  His letters back home told of his apartment,  friends, exploring his new city and a new car.  Then they began to take an anxious tone. Buddies enlisted and were drafted.  He resigned his job, and took a train back home to enlist in the Navy. On his twenty-second birthday, he joined his siblings and parents for a family portrait.  He was already wearing the Navy uniform and would ship out the next day.  His mother’s smiling face betrayed none of the fears she must have felt. His father's  face was very sober. His letters back home continued in regular rhythm, notable for what they do not say.  He could not reveal ... END_OF_DOCUMENT_TOKEN_TO_BE_REPLACED