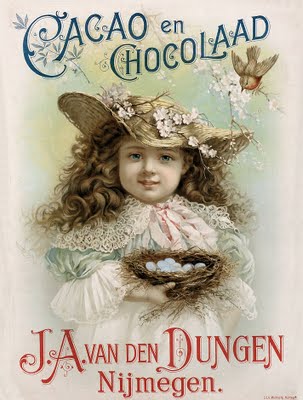 Surprisingly, chocolate is much better for health than Americans recently believed.  In fact, the earliest use for chocolate was medicinal. Chocolate is plant based, as are the fruits and vegetables recommended for good health.    Used by the Aztecs to keep public officials healthy and give their warriors strength and endurance, the beans of the cacao tree were made into a frothy bitter brew.  The Spanish explorer Cortes took cacao beans back to Europe where it was used medicinally and also became a popular drink. Later, it was given its scientific name, theobromo cacao, or “Food of the gods”. But then people began adding milk and sugar and chocolate’s health benefits were forgotten.  If you wrap it around quantities of caramel, nuts, marshmallow cream fillings, not only does the calorie meter go through the roof, but the real benefits of chocolate are cancelled out.   Just the  chocolate, ma’am – just the chocolate.

Many of the  processes used in processing cacao beans around the turn of the century were designed to remove the bitterness – but also removed health benefits associated with chocolate.  Dark chocolate maintains more of the original flavor and the flavenoids that make it healthy.  In general, the darker the chocolate the more health benefits.  However, several manufacturers have recently developed new processes that preserve up to 95% of the flavenoids (including the makers of Dove).   According to all chocolate. com, some of the specific health benefits of eating dark chocolate include:

And the story of the case of tuna is for another Valentine’s Day!