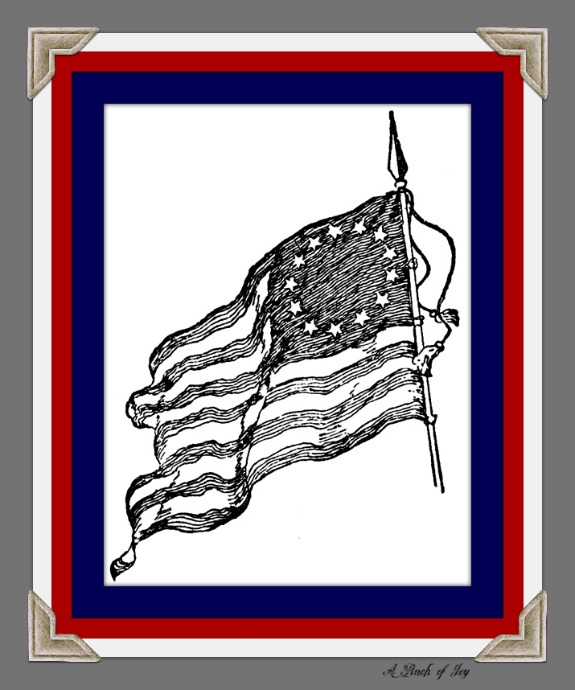 The first record of his family is land his father owned in Pennsylvania,  on the edge of the frontier. His father was a baker, born in Germany.  His mother died when he was about eight, perhaps in childbirth.   There wasn’t spare time or funds for education and perhaps not even a school.  His labor was needed in his father’s bakery or in the household.  Still, Christopher Hite answered the call to the cause of freedom when his country formed its first army under General George Washington.

Surely he heard talk and perhaps fiery speeches that guided his actions.  Perhaps he was motivated by other young men joining the cause, especially after a  newcomer began recruiting in the area.  Or perhaps he was attracted by the income, General Washington insisted was necessary for the enlistment period he required.  In the spring of 1777, Christopher joined fifty others from the region as members of the Continental Army.   The company was assigned a New Jersey regiment rather than one from their Pennsylvania home.

The close association of men gave rise to epidemic disease, such as smallpox, as well as disease caused by poor sanitary conditions, as dysentery.  Men grew weary with long marches and building fortifications.  In September 1777,  Christopher was engaged, with the rest of his regiment, in the Battle of Brandywine at Chadd’s Ford.   There was another battle at Germantown, before the regiment settled at Valley Forge for the winter.   Only twenty five of the original recruits from Bedford, Pennsylvania remained on the roster.

Food and clothing were in short supply, partly because the Quartermaster General, responsible for supplies, resigned in the fall.  He was not replaced by the Continental Congress, also scrambling to relocate and stay functional, until spring.  It was necessary to keep the harsh conditions at Valley Forge secret as the British Army was encamped scarcely 18 miles away.  Washington feared the British would take advantage and attack, although fighting in the wintertime was not usual.  In spring only seventeen of the fifty remained on the roster.

In February 1778, Frederich Von Stueben arrived.  A Prussian nobleman and veteran of the French and Indian Wars, Washington put him in charge of training the troops.  Von Stueben  brought discipline and cleanliness.  Along with the smallpox innoculations Washington now required, conditions began to improve.  Another boost to the fledgling army was the commitment of France to the Continental cause in May 1778.  Christopher undoubtedly participated in the celebration led by the Marquis de Lafayette.  For the next year, Christopher’s unit was assigned to hold the Hudson River Valley against the British, who were generally occupied elsewhere.

Christopher’s brother, Conrad,  joined the army in March 1779.  A few months later, the regiment was dispatched to New York to battle with the British allies, the Iroquois nation.  In September, Spain announced that they would support the Continental cause.  In preparation for the winter of 1780, the regiment settled at Morristown, New Jersey.  Only six of the original men, all of whom had enlisted for the duration,  remained in the Pennsylvania unit.  What they were about to endure made Valley Forge seem like a picnic.

The weather was bitterly cold and snows frequent.  With the number of troops quadrupled, supplies were ever more short.  Pay was not forthcoming from the Continental Congress and 800 men mutinied.  Spring was long delayed with snow, rain and cold.  This time the British knew of the suffering.  They attacked June 6, 1780.   However, the British underestimated the will and toughness of the Continentals that day, and again on June 22, and were defeated.

Christopher was selected for the elite Light Infantry led by LaFayette.  These young, fit and experienced men were at the leading edge of battle, without heavy guns or equipment to slow them down.  Lafayette, who was about Christoper’s age of around twenty,  provided each man a leather helmet covered with bear fur and adorned with black and red feather plumes to set them apart them from the regular  troops.  Although they engaged several times, the heavy fighting had moved south to the Carolinas.  The  unit was disbanded in November 1780 as the army prepared for yet another winter.

The army reorganized and the six Bedford Pennsylvanians were attached to a Pennsylvania regiment on New Year’s Day 1781.  Weather was milder and conditions relatively tolerable.  Morale was poor, primarily due to lack of promised pay.  Christopher’s regiment was assigned to  General Anthony Wayne’s command and began a relentless pursuit of the British General Cornwallis.  On October 19, 1781, Christopher stood with the Continental Army on one side of the road at Yorktown, Pennsylvania and their French allies stood on the other side.  At 2 pm, the British marched forward and laid down their arms.

Only four of the fifty recruits remained for another army reorganization,  assigned to General Nathaniel Green. They moved south to Charleston where shortages were again rampant as Congress had anticipated an end to fighting and did not budget for supplies or pay.  In December 1782, the British evacuated Charleston.  Finally the unit was returned north where they received their discharge papers on November 4, 1783, six and a half years after enlistment.

Four military veterans returned to Bedford, Pennsylvania.  An Irish Catholic.  A Scottish Presbyterian.  A Scotts Irish German.  And Christoper  Hite, son of a German immigrant and Protestant.   Different ages, different occupations.  All united in a common cause and a vision greater than themselves and willing to sacrifice so they and others might have a better life.

You can read about one of Christopher’s great grandsons, a World War II veteran, here. An Ordinary Soldier: Christopher Hite of Bedford, Pennsylvania and the Continental Army by Richard Hite was among the sources used for this post.