Random Thoughts on This and That 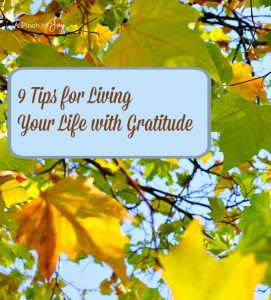 We often underestimate the healing power of being grateful for what you have, and all the blessings in your life that you might take for granted. Living your life with gratitude allows you to recognize and appreciate the amazing things in your life each day.  These basic habits will make it easy to live your life with gratitude! Make it a habit to appreciate the basic things. Begin by being thankful for your body and its abilities, being able to see or hear.   Be grateful for  experiences you’ve  had and will have because of your ability to taste and enjoy food.  Express gratitude for the senses that allow you to appreciate beauty of color and form, to enjoy music and good stories.     Imagine if you awaken tomorrow with only the things you were thankful for today! Experience ... END_OF_DOCUMENT_TOKEN_TO_BE_REPLACED 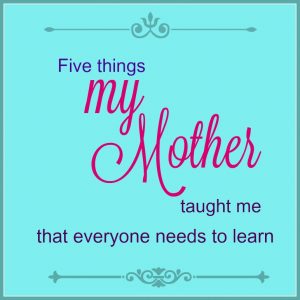 I’m a native Coloradan, born in the valley and lived half my childhood surrounded by mountains.  When I was a fifth grader my parents decided to move to the Great Plains where they both had spent most of their lives.  It was a culture shock.  In the valley, evening came quickly and decisively.  When the sun went down behind the mountain, it was dark.  Sunsets, which were new to us, were spectacular and lingered for hours in the wide open space.  As did the sunrise, which began really early in the morning.   We had lived in a city just two blocks from the school.  In the new place, we were still two blocks from the school, but the town limits were also only four blocks away in three directions and two blocks to the west.   People were friendly.  And mostly related to one another. We’d ... END_OF_DOCUMENT_TOKEN_TO_BE_REPLACED 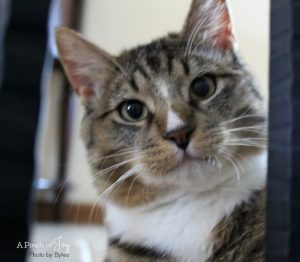 On Christmas Eve an apartment dweller called the manager and said, I keep hearing a cat meowing in one of the garages here, can you find out what’s going on?   So the manager trekked out, found the garage and rescued a small kitten.  He asked around, no one seemed to know anything about it.  Knowing someone moved just before Christmas, he assumed the kitten had been left behind.  Still he waited until after Christmas when people returned from family celebrations and asked around again.  No one knew anything about the little tiger striped kitty – including the people who used the garage where the cat was found. His family took care of the little one.   Cheese was a favorite food, kitten was mesmerized by computer games and chasing after a ball of wadded up paper was great fun.  ... END_OF_DOCUMENT_TOKEN_TO_BE_REPLACED 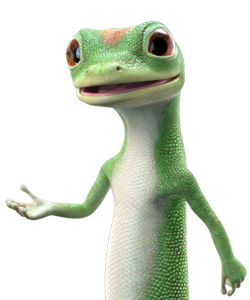 Image: Geico Insurance I’d like to see the Gecko get down off the luggage carousel. Bytes said, he jumps. No, he doesn’t, said Wheels.  I said, they just show him walking off pulling his suitcase behind him. Imagine Bytes jumping off a loading dock shoulder high with a suitcase half his height.   We laughed at that 6’4” image.  And wondered about these: Does Gecko have to pay full price for his seat? Except for  discounts, of course. How does he fasten his seat belt? They have seat belt extenders – do they have subtractors? With teeny tiny buckles? Or does he need a car seat with a special gecko insert?   Or does he get to ride on the tray table with only his own suction cup toes to hold him securely?   What does he do with his luggage while he is on the plane? Does some ... END_OF_DOCUMENT_TOKEN_TO_BE_REPLACED 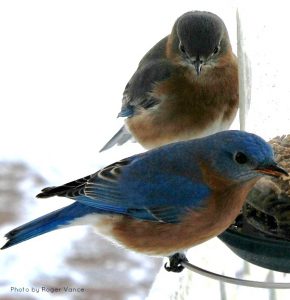 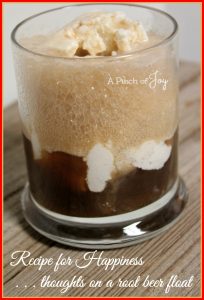 Wheels and I sat down one recent hot, steamy weekend afternoon for a rare root beer float. As I spooned the vanilla ice cream out of the fizzy beverage, I thought about the origins of a root beer float. Who was the first person to drop a scoop or two of vanilla ice cream in a glass of soda? Were they trying to come up with a new drink? Or was it just accidental?   How many different variations did they try before they hit on the smooth creamy vanilla with the bite and buzz of root beer? For every recipe published here, there are half a dozen that don’t get published. Some are so standard that it seems a waste of time and energy to type it up and take it through the publishing process. But if it were new to me -- would I publish a recipe for root beer float? Directions apparently exist. ... END_OF_DOCUMENT_TOKEN_TO_BE_REPLACED